Adventures in one of China's most prominent national sights 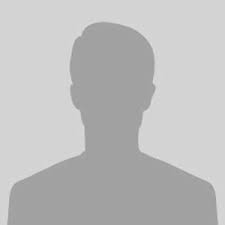 For centuries, westerners have been fascinated by the alluring uniqueness of China, from its rich cultures and vast and varied landscapes to illustrious (and often mind-blowing) signposts of the Chinese ethos. And no doubt if you’ve been hankering to soak in the vibrancy of this 3,000 – year – old civilization, you’ve had your heart set on touring the country’s most famous sites, most notably the Great Wall of China, the Terracotta Warriors Xi’an, or those cute and most renowned of Chinese symbols – the Panda Bears of Chengdu.

Though perhaps not as well - advertised as other national landmarks, Tiananmen Square should nonetheless be on your bucket list. Located almost directly in the heart of Beijing, this massive square is a treasure trove of Chinese history.

Now that we’ve gotten formalities out of the way, let me tell you about my own experience taking in the endless sights in and around Tiananmen Square.

The date was May 1st, 2017, and I had just spent 17 busy, amazing life – changing months teaching English to hundreds of energetic Chinese children and exploring their enormously incredible homeland. Once my teaching contract was expired, I had two days to take a ‘mini-vacation’ of sorts before boarding an Air Canada jet to Toronto and leaving this chapter of my life behind.

Although the name Tiananmen Square has become synonymous with the brutal crackdown on pro – democracy demonstrators in the late 1980s, let me assure you that much has changed in just over three decades and any police or military personnel you meet while checking out this awesome place will be very helpful and most likely be able to speak impeccable English.

If you’re like me, you have a fascination with history and are always hungry to learn more. After paying an Uber driver approximately 300 RMB (roughly $38 U.S) to deliver me safely to Tiananmen (Mandarin for Gate of Heavenly Peace) in the middle of rush hour in a city of 22 million souls (you can just imagine how interesting that was!) I waded through the throngs of locals and tourists to make my way into the Forbidden Palace, a mainstay of the Ming Dynasty whose roots date back to the early 15th Century.

Buzzing to take in all the sights before dark, I walked briskly across the baking sea of concrete (keep in the mind temperatures were already soaring into the high 80s) to get my photo taken in front of such strong representations of the history of the Chinese Communist Party as the Monument to the People's Heroes, The Great Hall of the People, and the National Museum of China.

One final note: while this entire section of Beijing basks in awesomeness, If you happen to fulfill your dream of holidaying to China (after this pandemic has settled down, I meant to say) when visiting Tiananmen, you’ll be beyond impressed by the south gate, known locally as Zhengyangmen, whose massive tower once served as a defensive post for archers during the continuous feudal conflicts that rocked the country during the Ming Dynasty.

In addition to writing stories about his life and the lives of others (including the fictional characters in his novels) Chris McGarry, who got bitten by the travel bug over a decade ago, has travelled throughout Canada, the United States, China, and the Dominican Republic.