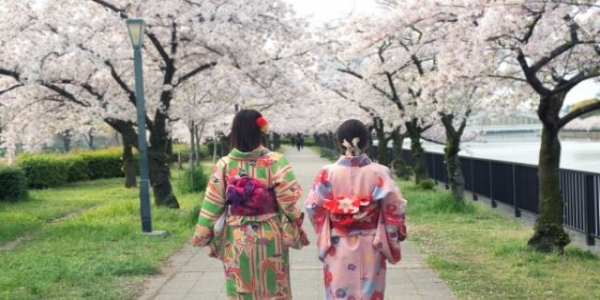 Osaka is one of 47 prefectures, or administrative areas, in Japan. It is also Japan’s second largest city.   It is affectionately called “Nation’s Kitchen” and is known for the Japanese pancake dish of okonomiyaki and the Japanese appetizer called takoyaki.

Osaka preceded Tokyo as the capital of Japan. It is also houses Panasonic and the Osaka Securities Exchange, so it is considered a financial hub in eastern Asia.  It is also known for its exciting nightlife blended with country charm and friendly people. Here we are answering top 10  frequently asked question about Osaka .

Here is your Osaka,Japan Travel guide for 2020 with all updated information .

Where is Osaka located in Japan?

Osaka is a bay city with an eastern border that meets the Pacific Ocean.  It then stretches out into the center of Japan. 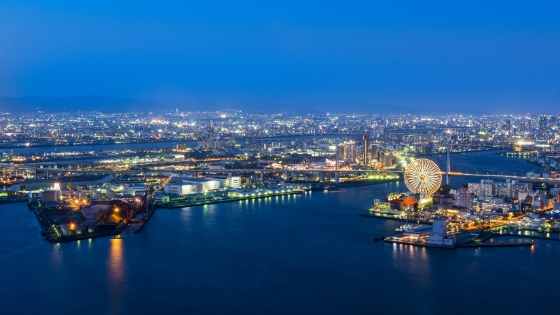 How safe is Osaka Japan?

The Travel Safe Abroad website ranks Osaka as fairly safe.  But with a lot of people in the area, there have been incidents of pickpockets who focus on money and passports, so be vigilant.  Report any theft to their police department and get a police report.  The main danger that you face in Osaka are natural disasters like floods, tsunamis and earthquakes.  Be sure to check the Japan Meteorological Agency website for updates.

Is Osaka better than Tokyo?

This is a popular contest.  Tokyo is bigger so it has more things to do.  Osaka is considered to be more laid back.  But there is the other contest of quantity versus quality. Even though Tokyo is bigger, Osaka is older than Tokyo and there are tourists that feel that it has more interesting sites, as well as shopping opportunities.  The people are also friendlier in Osaka.

Which is the best month to visit Osaka?

How long Should You Stay in Osaka?

You can easily stay 7 days at Osaka . But if you are in hurry then 3 days would be enough . Here is 3 days travel itinerary for Osaka . Save it up and travel efficiently . 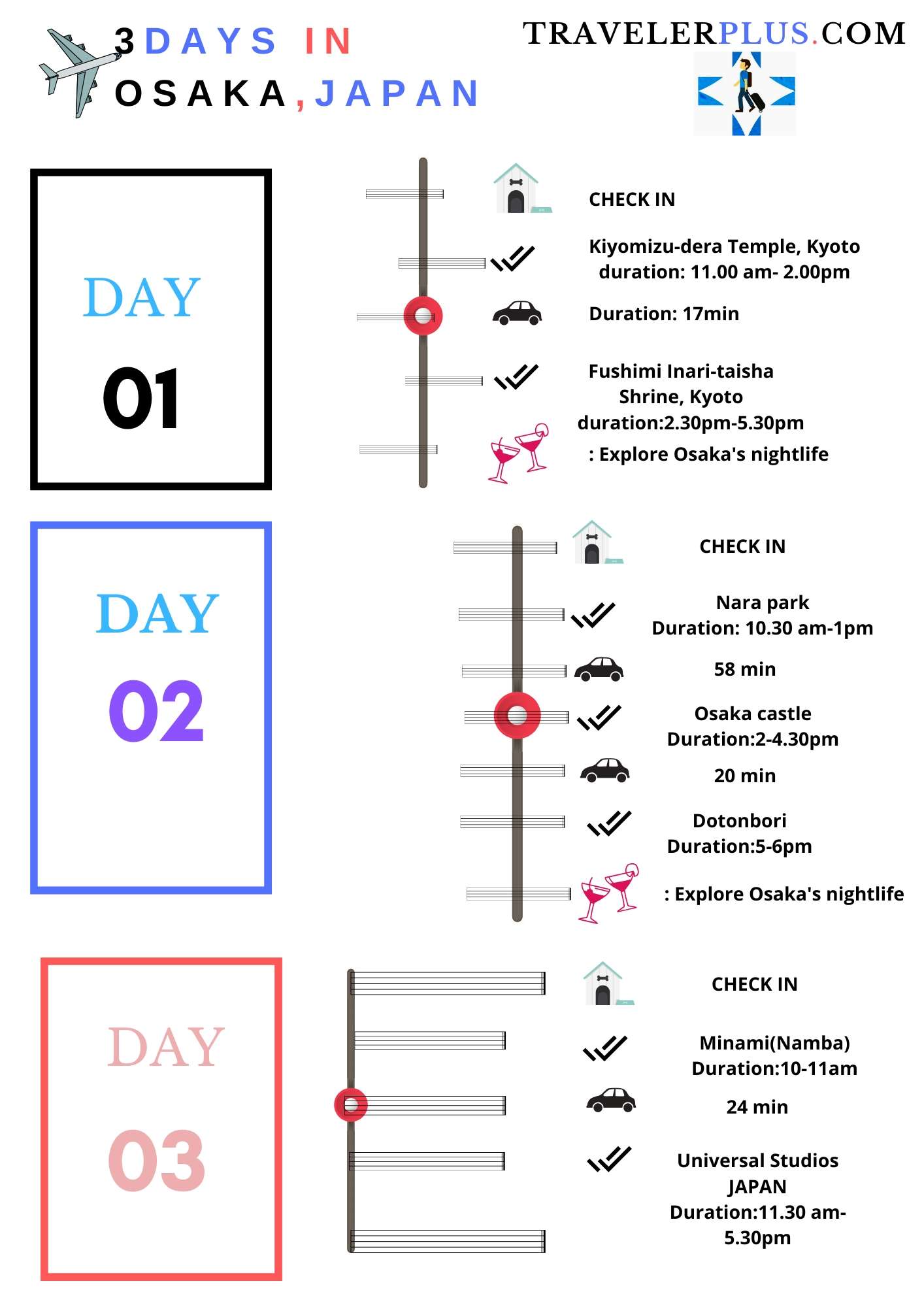 What's the best places to stay?

That appears to be objective.  It all comes down to taste, but the average ratings  tout the following as the best places to stay while you are in Osaka: Kita, Minami Honmachi (Central Osaka), the Shin-Osaka area, the Tennoji and Osaka Castle areas.

The order of these preferences change according to subjective tastes.

What are the top things to do in Osaka?

Here are the top 10 places to visit while in Osaka

This castle was built from 1583 until 1597 and is one of the most recognized buildings in the world.  Several battles took place on this site.   It has also been the backdrop of several movies.  The interior contains weaponry from various centuries.  It is also surrounded by a cool moat. 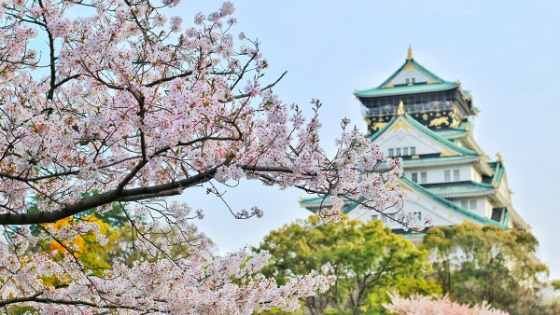 This museum is known for its extensive collection of the art form of Kamigata Ukiyo-e.  Ukiyo-e is a type of Japanese art created by woodblock paintings and prints.  It usually features sumo wrestlers, kabuki actors acting out historical scenes dated between the 1600s and 1800s.  It is the only museum that exhibits this type of art.

3. Osaka Museum of Housing and Living

This is what is considered an “open air” museum.  Here, you step back into time and see what the buildings, streets, and structures looked like in Osaka back in the 1600s which is also known as the Edo Period

There are several shrines in Japan that are thousands of years old.  Out of them all, the Sumiyoshi-taisha shrine is one of the best known. It is situated on beautiful grounds which include sacred trees, a rice field and the Sorihashi arched bridge aka Taikobashi. Actors perform several rituals and ceremonies during certain months of the year that honor the gods, Japanese New Year, crops and other annual events.   Tourists love it!

The Umeda Sky Building is 173 meters or 573 feet for us westerners.  At the very top it has an interesting donut-shaped structure that connects two buildings and, from here, you have an amazing 360-degree view of Osaka. There is also hanging or floating gardens.   The Takimi-Koji gourmet street is situated in the building’s basement.  This street has also been the backdrop of various movies!  We know our movies!

Actors present Japanese bunraku.  This art form actually started in Osaka.  It consists of wooden dolls acting out various scenes from the Edo period in the 1600s and 1700s.  Translators are present to explain the scenes in English.

The Dotonbori area contains several cafes and restaurants, as well as bars.  This is a highly frequented area to explore the “night life” in Osaka. Many of these businesses also have roof terraces where you can dine on the roof and take in a beautiful view of Osaka. 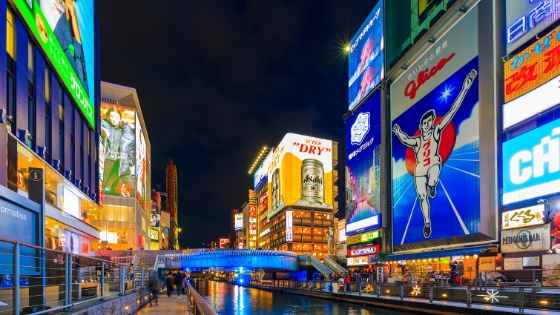 Osaka sits on the Pacific Ocean, so you know it has an incredible aquarium.  In the Osaka Bay, it houses 15 tanks that, of which many, are several floors tall.  It is currently ranked as one of Japan’s largest aquariums.  It houses fauna such as turtles, otters, sea horses, whale sharks and dolphins.  No offense to the other faunas, but we love dolphins . . . 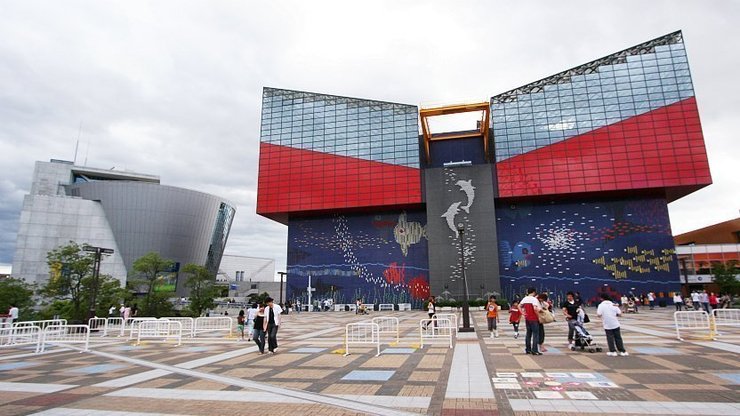 Anything that you need can be found in the Shibsaibashi District.  It has an eclectic assortment of bars, nightclubs, restaurants and shops for souvenirs, clothing, crafts, and other products native to Osaka.

As explained earlier, okonomiyaki is a famous Japanese pancake dish that the tourists die for so several restaurants prepare it.  Kiji Sky is located in the aforementioned Umeda building and ranks as one of the top okonomiyaki restaurants in Osaka.  Other Osaka restaurants that serve this tasty dish are Ajinoya, Mizuno, Fukutaro, Botejyu, and Chibo.   Try it . . . you’ll like it. 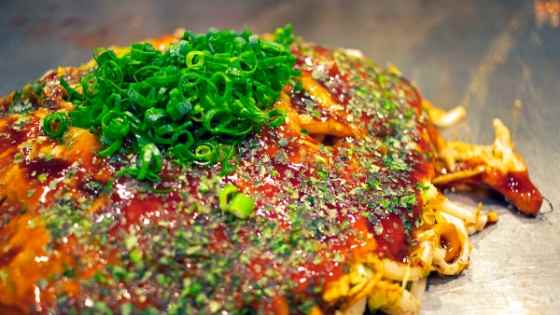 Okay, wait.  Maybe we should share the top ELEVEN things to do in Osaka.  We must acknowledge:

This event is held every March in the Osaka Prefectural Gymnasium.  It’s a pretty big deal so people visit from all over the world to attend it.  It is one of four areas in Japan that holds a sumo tournament, of this caliber, in Japan. 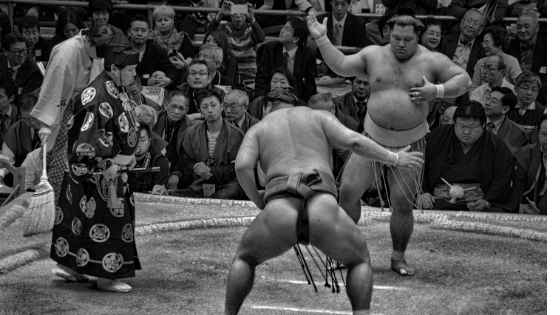 How do you get around in Osaka Japan?

Subway, taxi, and trains, oh my!  You can also get around by buses, motorbikes, rental cars, ferries and cruise ships.  We will focus more on the subway, trains and taxis since those are the most accessible.

It can connect you to several sites.  According to Trip Advisor the most traveled route is the red Midosuji line that covers north to south through Osaka’s center;    Umeda, Honmachi, Shin-Osaka, Yodoyabashi,and Namba covers the north area;  Tennoji and Nakamozu to the south.

the subway rides stop a little before midnight, so keep that in mind if you want to party.  Otherwise, you will have to take an expensive taxi.

prices range from around 600 to 2000 yen, depending on your destination.   The drivers speak poor English so carry something that has your hotel name on it.  Tourists have found the drivers to be pretty honest so they do not usually “run up the clock” to charge you more than is required.

Be persistent and wave until you get a taxi.  You will probably be passed by a lot since drivers may be in a rush to get to a pre-arranged pick up.  Just be tenacious and don’t take offense.

In addition to the subway, you can also travel via Japan Railways or JR.  It has lines, or routes, throughout Japan.  JR Rail Passes can be purchased at machines at each station.  Schedules, subway and airport connections are posted at the machines.   You can purchase one day or multi-day JR passes.  You will pay anywhere from 2000 to 5000 yens, depending on your destination.  You can also travel on private trains, outside of the JR network.

You can purchase pre-paid ICOCA (pronounced e-ko-kah) and SIUCA cards which is accepted on buses, subways, private trains and the JR. There are also shops that accept this card.  These cards also offer combination packages with the Kansai Airport.

What food is Osaka famous for?

As mentioned several times previously, okonomiyaki is the most sought after dish in Osaka.  Other desired culinary delights are takoyaki, yakiniku, kushikatsu, and fugu.

Is Osaka good for nightlife?

Absolutely!  The nightlife in Osaka is a mixture of music genre and live performances.  Since Osaka is small, the bars and social clubs are close together so it makes it easier to bar hop.  Number seven of our top ten list is Dotonbori.  Dotonbori’s atmosphere is electric and it has a canal that runs through the area.  It also has bright lights that advertise.  It kind of reminds you of a scene in Times Square, but smaller.   If you are short on cash, check out a nomihoudai or “all-you-can-drink” establishment, but in moderation. 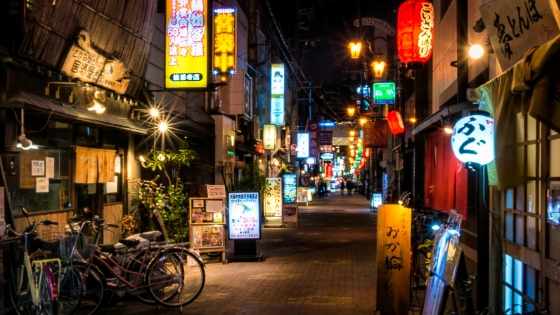 In conclusion, Osaka is definitely worth visiting in 2020.  It has a spectrum of interesting history manifested by amazing structures and museums to more contemporary places so you don’t get too lost in time.  Its food is unique and tasty and the people are very friendly and accommodating.    This is a “must-go”.